WHAT LUCK!: The Ed Uehling Story

Lucky to be born as a pre-Baby Boomer and was allowed by supportive parents as a 9 year old to happily deliver show bills to every Boulder City house and at age 11 to have my own business cutting grass….the beginnings of my entrepreneurship.

Lucky to have been hired as a teen reporter by both the Las Vegas Sun and Review Journal to report on high school sports and write feature articles about our hiking explorations - - a group of teens - - under the mentorship by the famous Southern Nevada explorer and National Geographic photojournalist, William Belknap which developed my fearless go for it approach in life and sense of adventure.

Lucky to be sent to Chile for a Mormon Church mission where I learned Spanish and was able to lead and work with the Boy Scouts of Chile, who were  recognized by the President of that country for planting 100,000 trees on their mountains during a long reforestation campaign. This was my first in leadership training.

Lucky to enter college at Johns Hopkins and finish at BYU with a Masters in Public Administration and to be sent by the Organization of American States under the Kennedy Administration to evaluate the governmental effectiveness of several South American countries  and to have the experience of living and working there and, more recently, in Asia - - particularly China and the Philippines where I have residencies in Macau and Manila, gaining understanding and great appreciation for both South American and Asian cultures.

Lucky to have married a Chilean lady, who had the patience and spirit of adventure by driving 12,000 miles back to Las Vegas with me. She gave me two wonderful children, who in turn share their six children with us.  She was a wife who understood me more than I did myself and took me to the biggest gay club in Los Angeles to introduce me to the community she knew I really belonged.

That led me to another lucky streak of 35 years and going strong by meeting my spouse who has given me the freedom and support to live my life and be the best of who I can be.

With my family behind me (children, ex wife and spouses, grandchildren and my spouse) equipped with wide knowledge and understanding of various countries and cultures, it is time to serve Nevada and its people who have given me so many opportunities growing up.

It is now time to take Nevada to its third wave of progress, which has been stalled for ten years, and to share my luck with the people and state that have given me so much. 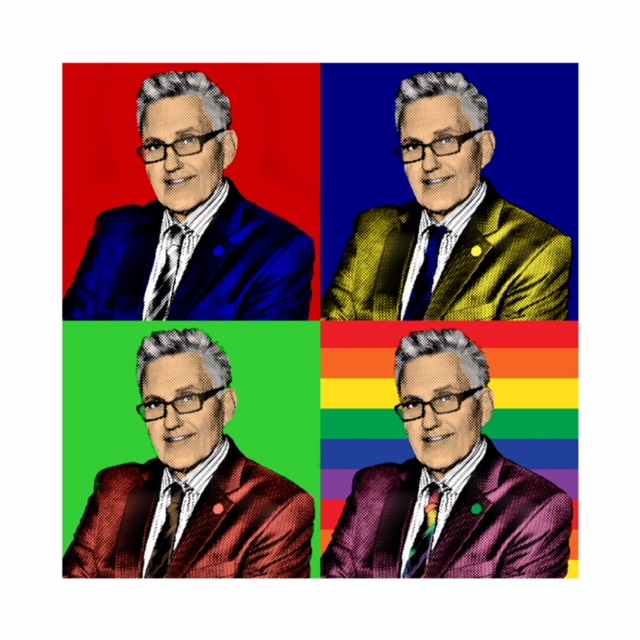